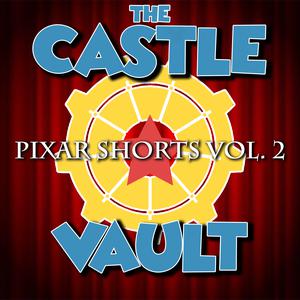 Welcome to the third bonus episode where we discuss and break down PIXAR Shorts, with this Episode featuring the next five PIXAR Shorts in the catalogue!

In Volume Two, we talk about five short films from PIXAR: One Man Band, Lifted, Presto, Partly Cloudy, and Day & Night! There were definitely some animation flexes in these Shorts, and a couple that fell flat, but overall, a fun bunch of Shorts to watch! But where will they land on The Short List? We also have some other fun segments, including Fun Facts and Tough Trivia, as well as a brand new game for us to play, 20 Questions!

All this and more in Volume 3 of the Castle Vault: PIXAR Shorts!